Santa Julia among brands of higher perceived value in the world 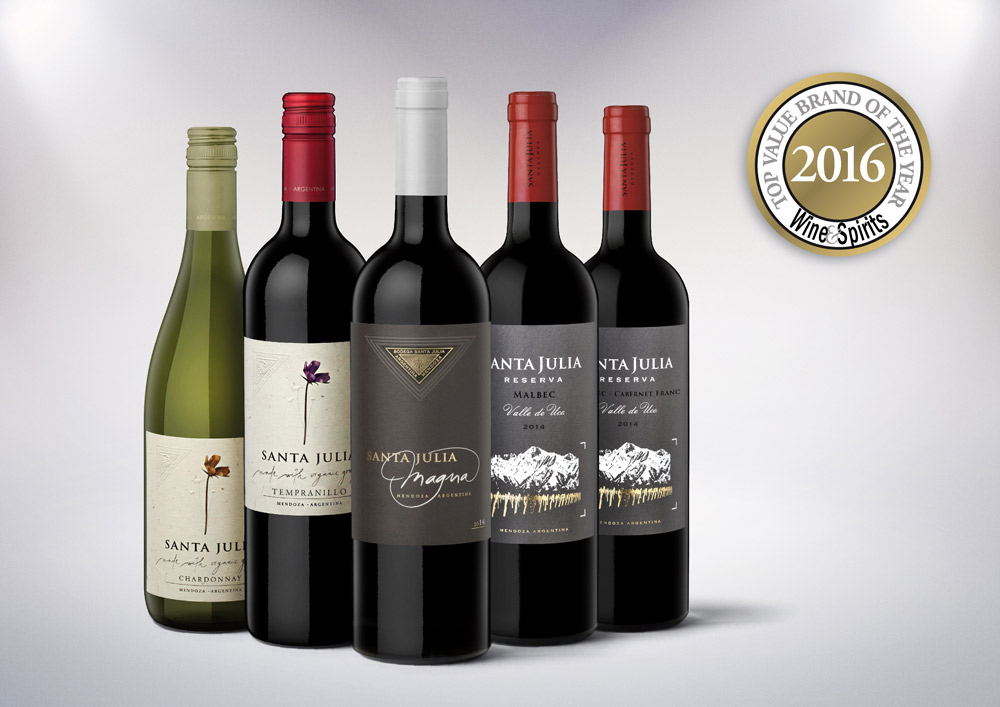 The Santa Julia Winery was recognized for the famous magazine Wine and Spirits as one of the 100 “Best Value Brands” of the year in 2016.

In addition, five of the labels that are sold in the United States were selected as one of the 100 labels with the Best Values available in this market. This selection included wines that could be found in this country as prices below USD$18.00.

The prestigious tasting panel of Wine and Spirits, one of the most important international publications, specialized in wine and beverages, tasted more than 8,500 wines from all around the world, that are sold in the United States as a price of eighteen dollars or less. Santa Julia is among the 10 most important wineries that exports to the United States, and one of the most rewarded in Argentina. In 2015, their exports rose more than 20% with respect to the previous year.